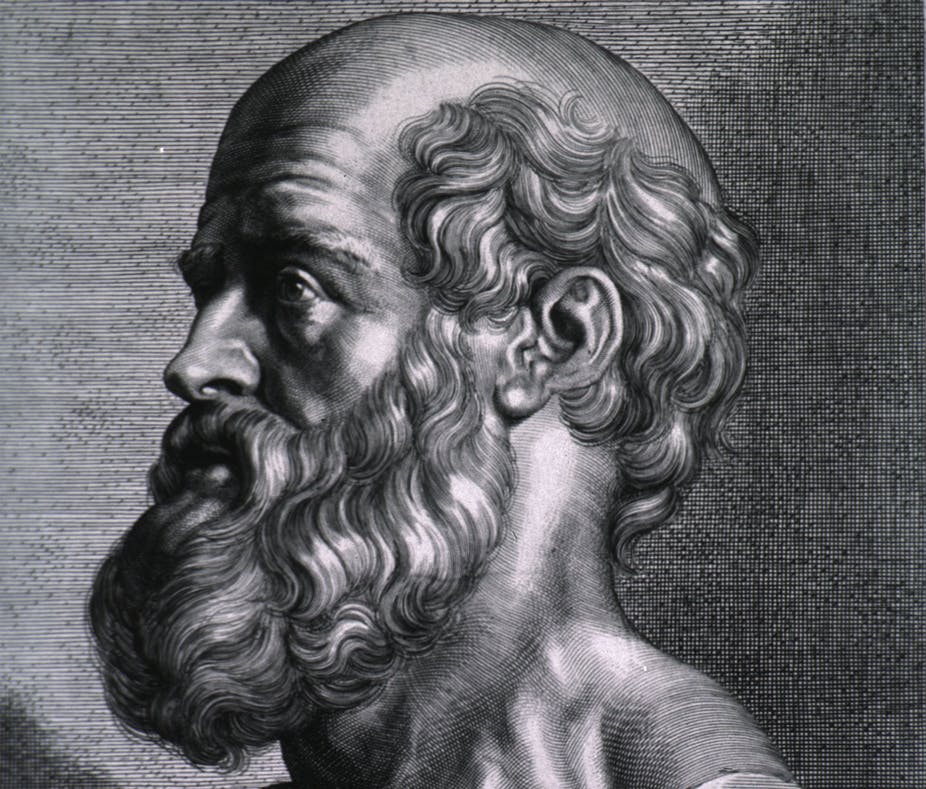 Hair loss has been an issue since the beginning of time. Unfortunately, in ancient times, the modern treatments for hair loss that we have today weren’t as readily available. Continue reading to take a closer look at some of the hair loss treatments utilized throughout history.

The ancient Greek physician, Hippocrates, has often been dubbed as the father of medicine. However, even doctors aren’t always right. Hippocrates actually suffered from hair loss himself. In order to cure his hair loss, he concocted a potion consisting of beetroot, horseradish, pigeon droppings, spices, and opium. The potion was a failure.

Hippocrates did have a theory about castration and the effects it had on hair loss. He noticed eunuchs didn’t seem to suffer from hair loss and attributed that to castration. Although he opted out of being castrated himself, researchers in 1995 deemed that Hippocrates’ theory was correct.

Many pictures of Julius Caesar show him wearing a laurel wreath around his head. This wasn’t just a Roman fashion statement. Caesar was plagued with advancing hair loss. Cleopatra supposedly advised him of a possible cure containing bear grease, horse teeth, and ground-up mice. However, this concoction was an epic failure.

When he could no longer hide his hair loss by sweeping his hair over his scalp and growing it long at the back, the emperor of Rome just threw on a laurel wreath around his head instead.

A British solution to most emotional ailments is a cup of tea. In the 19th century, this logic was also utilized as the cure to baldness. When 19h century folk were plagued with thinning hair, they would rub Indian tea onto their scalps, along with a chunk of lemon. Obviously, this method was unsuccessful and its use quickly faded away.

In ancient Egypt, those who were plagued with hair loss had many choices of treatments, all of which were unpleasant. According to the Ebers Papyrus, an ancient medical Egyptian text dating back to 1550 BC, there were a few accepted cures for hair loss. All cures involved a topical solution of a mixture to the scalp. These cures were porcupine hair boiled in water and left on the scalp for four days, female greyhound leg fried in oil with a donkey hoof, or a mixture of the fats from a hippo, tomcat, snake, ibex, and crocodile.

While there is no data showing the effectiveness of the treatments, one could assume they were unsuccessful.

Nowadays we’re fortunate enough to have a plethora of options when it comes to hair loss solutions. We can choose from topical solutions such as minoxidil or hair transplant procedures such as FUE or FUT. More recently, there’s an even better hair loss solution that has been gaining traction. This new hair loss solution is known as scalp micropigmentation (SMP), which is a safe, non-surgical, advanced hair restoration technique that’s similar to permanent cosmetic pigmentation.

At SMP Ink, we use the industry’s most advanced micropigmentation machines to provide our clients with superior and natural results. With over a decade of experience, our technicians will provide you with the healthy full head of hair you’ve always dreamed of. Contact us for a free consultation.