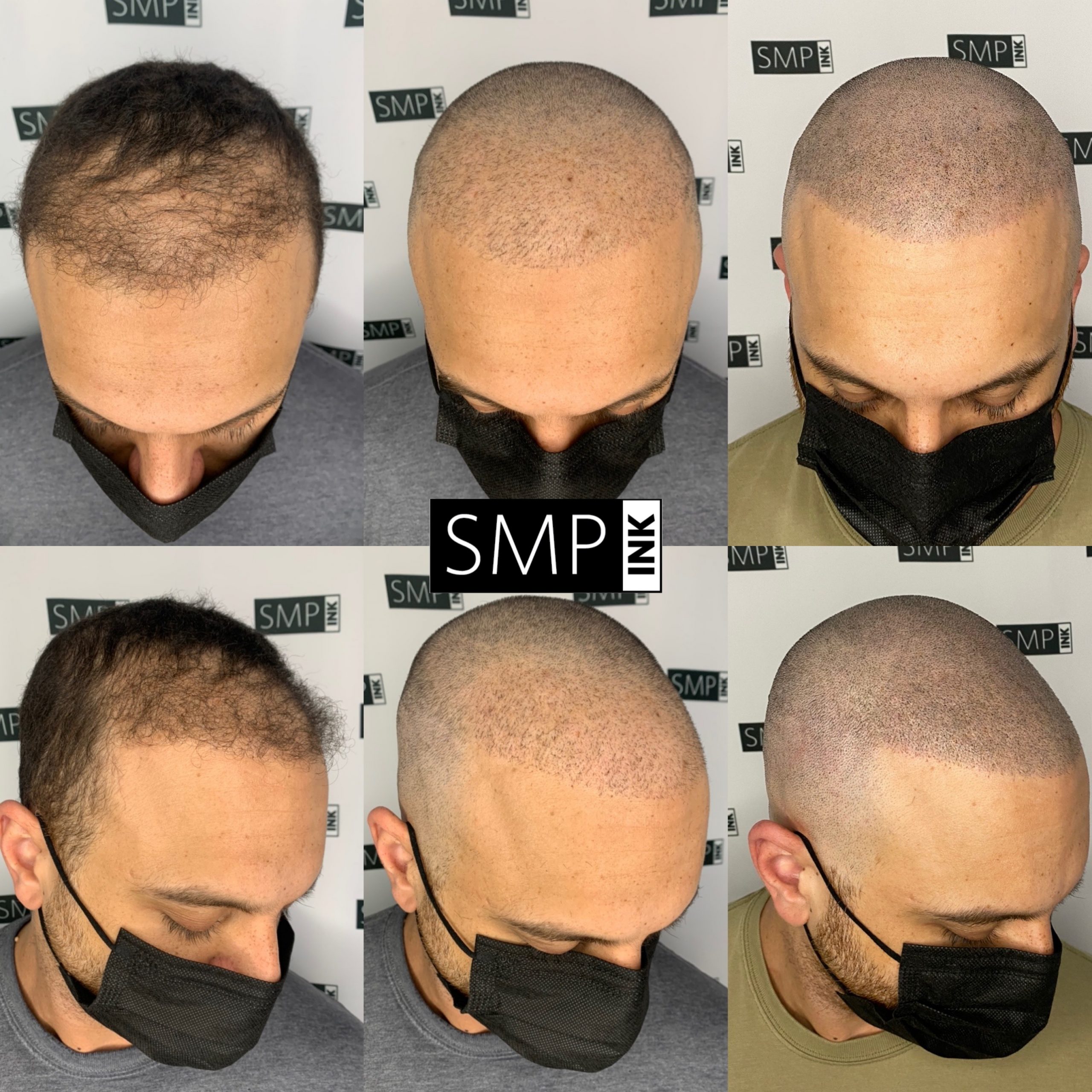 It’s often best to choose a natural, realistic style when it comes to your hairline. In order to achieve a natural look, the position, shape, and design of the frontal hairline are of the utmost importance.

The hairline position is how far forward or low the beginning of the hair will start. The hairline shape is the curvature of the hairline. The design is the way the edge is formed. This is usually achieved by either having a more defined edge or a lighter “graded in” effect so that there’s no defined edge.

These are all factors that need to be considered when choosing your new hairline. It’s best to go on Instagram or other social media platforms to look at designs of different SMP styles. It’s also a good idea to bring old photos of yourself to see what looks most natural.

Men over 40 might want to consider SMP in moderation with a higher or receded-looking hairline in order to look natural.

These hairlines are popular because they resemble natural hair patterns most. The process of creating this type of hairline involves scattering random pigment deposits below your actual hairline, stimulating the natural distribution of real hair.

This style of hairline is popular with men. It also works very well with darker skin tones. Pigments aren’t scattered and the process doesn’t involve further blending from the intended hairline position.

This style is a V-shaped hairline. It recreates a widow’s peak, which is common with age-related hair loss. This makes the hairline look more natural than most other styles, especially for older men.

Choosing the Right Style For You

While there are many different styles to choose from, our experts at SMP Ink can help you choose the best scalp micropigmentation style to best fit you. Our technicians have over a decade of training in SMP and have recreated all the different styles of hairlines available. Contact us for a free consultation today.