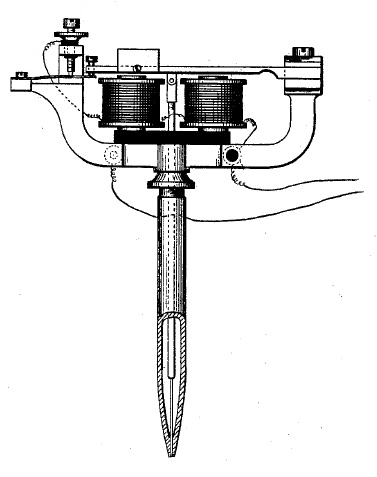 Scalp Mone’sigmentation as we know it is a marvel of modern cosmetology. For years upon years, when one’s hair was less than what they wanted it to be, there weren’t many options for how to fix it. Wigs, hairpieces, and very fashionable hats seemed to be the only alternative to going straight to shaving it all off. With the advent of SMP, people rejoiced at finally having an option to keep their hair looking as youthful as they feel. However, it didn’t get its start as glamorous as we have it today. To trace the development of this procedure, we need to look back thousands of years to the inception of body art.

The first recorded instance of humans having tattoos dates back to around 3100 BCE – with a specimen known as Ötzi the Iceman. He was a prehistoric man found in the Alps in September 1991, and his story fascinated the world. Ötzi was noted to have over 61 tattoos across his entire body, with the majority of said inscriptions marked along his legs. We know very little about the purpose or meaning behind these tattoos, if any. However, we do know that they used very rudimentary needling procedures injecting fireplace soot-based ink under his skin. What resulted was a tattoo that, while crude, decorated his body for millennia to come.

His was not an uncommon story, either. Throughout the years prior and then to come, tattoos have been utilized for several purposes. Tattoos were used for marking thieves and criminals (like in ancient China) or as a core part of the social culture (like in Oceania). Tattoos have had a very mixed history with a lot of different stigmas, both positive and negative. Still, it wasn’t until late into the current era that tattoos were prominently a fashion choice.

The Evolution of Body Art

Across all cultures in Europe, body art has gained a number of different reputations and social connotations. By the Celtic people, for example, they were a decoration depicting symbology and intricate artistry that they celebrated. In other places, though, it had taken on the same disrepute of being reserved for the lowest of the population – thugs, brutes, and thieves alike. However, the trade had found its time to shine time and time again. Whether it’s the affluent wishing to have intricate and artsy designs spanning their body, or the ordinary folks wanting to mimic the ruggedness and valor of the Vikings. The art form became associated with a number of cultures after that, like the British sailors that would decorate themselves as a rite of initiation.

By around 1850, there was a breakthrough in creating the rotary tattoo machine as well as the electric double coil model. The latter was so large and cumbersome that it had to be suspended from the ceiling and manipulated upon a large spring. The technology became more and more accessible to the public, and the drive to become inked up rose just as dramatically. Around now is when we see public figures as John O’Reilly or Emma de Burgh – people immortalized in history for their dense, intricate tattoos that spanned their entire bodies. As tools evolved and creative minds got to imagining something greater, we finally enter the era of cosmetic makeup.

The Era of Permanent Makeup

By the 1920s, women had sought after a new, creative use for permanently inked skin – makeup that lasted for years and years at a time. A man by the name of Sutherland MacDonald is credited with performing the first permanent makeup procedures on the more daring of his clientele. The procedures he produced were simple by our standards but revolutionary for the time, with such products as lip liner, eyebrow shaping, or blush on the cheeks. It was an expensive procedure, no doubt, but the equally prohibitive cost of makeup was a significant deciding factor there.

Traditional tattoos had taken on an unsavory stigma yet again at that point in history, but the idea that tattoos could be as innocuous as makeup was attractive. Doctors and medical figures protested against these practices, concerning the permanence of such a procedure. As they claimed, only skin grafts would be enough to erase the damage to their fair skin.

The ball had already started rolling, though, and permanent makeup continued to be a quiet, refined cousin to traditional tattoos. As ink adorning someone’s arm or chest ebbed and flowed in popularity in the years to come, permanent makeup remained popular.

Today, there is a bit of controversy over who is the true founder of Scalp Micropigmentation. However, it’s clear that the practice had taken root in the early parts of the ’00s, and has since drummed up a storm of popularity. Absurdly small needles, specially blended and crafted inks, and ultimate patience all coming together to create stunning results.

It was finally an alternative to the age-old dilemma of people worrying about thinning hair. Before, people had to resort to methods like hair-restoration medication, hair/follicle transplants, various oils or nutrients, or the classic comb-over hairstyle. The practice of scalp micropigmentation joins the likes of permanent makeup and traditional tattoos in the leagues of permanent body art that will live on for centuries to come.