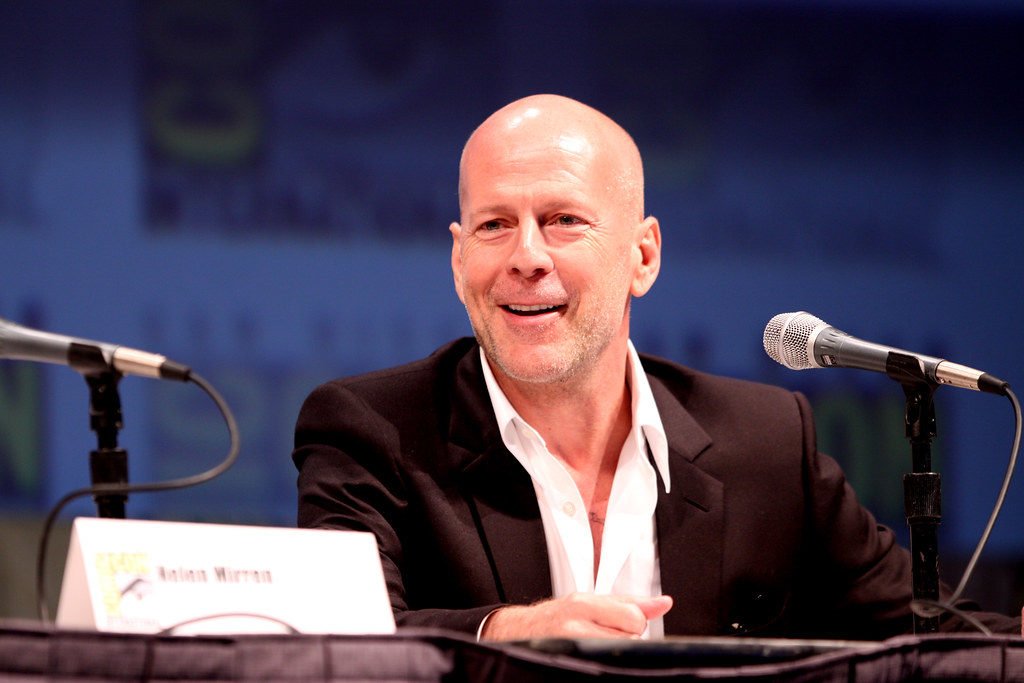 We tend to see our celebrities as better looking and more immune to physical flaws than the rest of us. Of course, this isn’t true. In fact, we enjoy seeing how they really look: without cosmetics,  air-brushing, photoshop…and wigs.

It used to be that bald actors were a select few, and easy to name, such as Yul Brynner and Telly Savalas. It seems like not until the 1980s that it was possible to be a big star without hair: Ben Kingsley and Patrick Stewart come to mind. And then in the 90s, Bruce Willis ushered in the era of bald-sexy.

Balding Is Not a Choice…But Being Bald Is

While women have endless image issues, men really have only one outside their locus of control: baldness. The balding process is a traumatic one, and it’s bewildering that here in the 21st century, we have neither flying cars nor a cure for baldness. While there are rogaine, Propecia, and several cosmetic solutions, it takes confidence to keep a clean-shaven scalp.

It ain’t easy being a balding actor. Just as female actresses get exponentially fewer roles as they age, bald actors often get reduced to secondary roles. While not necessarily a celebrity pin-up, Michael Chiklis comes to mind. He became famous for starring in the early 90s show The Commish, where he played a semi-comical hapless police commissioner. As he became ever balder, his next role was as Curly in the 3 Stooges. Not exactly an upward trajectory.

Then, his wife convinced him to shave it all off. He then hit the gym, and he went from the hapless Commish to the bad-ass Vic Mackey in The Shield, for which he is now synonymous. He even won an Emmy in 2002 for best lead actor.

After Yul Brynner, Bruce Willis might be the first bald-sexy hunk. He was a thinning-haired actor who went from the dramedy Moonlighting to the iconic John McClane in Die Hard. But he became bald-sexy in the early 90s with Pulp Fiction and ushered in the era of the clean-scalped hero.

And now look who we have: action heroes like Jason Statham, Vin Diesel, and none other than The Rock!  (Dwayne Johnson)

There are, of course, several other handsome bald stars like Sean Connery, Patrick Stewart, Ben Kingsley, Samuel Jackson, Stanley Tucci, Woody Harrelson, Billy Zane, Taye Diggs, and myriad other household names. What it shows is embracing nature, and being comfortable in your own skin. A decided lack of insecurity in an industry infamous for insecure people.

The Helpful Solution to Hair Loss

While shaving your head is certainly one way to go, not all of us have the luxury of being rich and famous. For the rest of us, we need a fix for maintaining our looks and confidence. Here’s where SMP INK has your solution.

Some people may think that hair transplants can help them retrieve their full-head-of hair look, however, they are expensive and involve more medications and procedures. Let your scalp rest with scalp micropigmentation procedures with SMP INK. Our team has a long history of covering up injury scars, treating male pattern baldness and alopecia. Get a free consultation today!